Transit systems, riders, and workers have been hard hit by the COVID-19 pandemic. Hundreds of workers have died and thousands have been infected by the dangerous virus. Service has been slashed, leaving riders stranded. Among the people who are harmed most by those cuts are the essential workers who still rely on transit to reach their jobs, and the transit employees who daily risk their lives, and those of their families, to keep our trains and buses running. These everyday heroes of the pandemic deserve not just our thanks but our help. Instead, thousands have been laid off or had their benefits reduced, with many more at risk.

Despite some relief offered by Congress to transit agencies last year, the fight to save transit and family-sustaining jobs continues across the nation in 2021. With a newly Democratic Senate, there is hope. But if more help does not arrive from the federal government soon, the harm to not only transit, but also to the communities that depend on it, could take decades to reverse.

Compounding that injustice would be the deep connection between public transit and social justice. February 4 is the birthday of civil rights icon Rosa Parks, who attended the Highlander Institute and was the secretary for the Montgomery Chapter of the NAACP. Rosa refused to give up her seat on the bus to a white person, an act of resistance that inspired the Montgomery bus boycott 65 years ago. The boycott ultimately led to the desegregation of public transportation.

For the last four years, a network of labor unions, community organizations, and environmental groups have declared February 4 “Transit Equity Day,” a national day of action to commemorate Parks and other civil rights icons, and to advocate for accessible, reliable, and affordable transit powered by renewable energy.

This Transit Equity Day, dozens of transit riders and workers joined together for a two-day national community hearing to testify about their needs, and to articulate a vision for public transit rooted in the experience of those who are most dependent on it. Themes included transportation access and racial and economic justice, transit jobs and workers’ rights, climate/environmental justice, and transportation and disability justice.

Communities across the nation echoed the call. Boston even declared February “Transit Equity Month”! In past years, Transit Equity Day has looked like press conferences, community discussions, canvassing, and rallies in cities and towns across the country. This year, Sierra Club chapters brought the momentum online.

The Maryland Chapter of the Sierra Club joined the Baltimore Transit Equity Coalition on December 21, 2020, which marked the 64th anniversary of the victory of the Montgomery bus boycott, for a Transit Equity Solidarity Day. Their online event featured an interview with Claudette Colvin, who also refused to give up her seat on a bus to a white person. She linked the civil rights struggles of the 1950s to the present-day fight to preserve bus routes in Baltimore, and mobilized residents to take action for transit justice.

The Vermont Chapter hosted its first-ever Transit Equity Day awards ceremony to recognize community leaders and organizations contributing to a more equitable local transit system. In Virginia, the chapter partnered with the Coalition for Smarter Growth and others to host a “Lunch and Learn” panel to discuss transit inequities and solutions from transit champions in the Commonwealth.

Karen Camplin, Transportation and Smart Growth Co-Chair of the Virginia Chapter, wrapped up the discussion with a reminder of the value of transit as a social good: “Transportation is an integral part of our community, which determines socioeconomic advancement, can alleviate social isolation for senior citizens, and can also strengthen community identity.”

In Louisiana, the Delta Chapter hosted its first-ever virtual statewide call, where 50 attendees learned about the history of transit in the state and discussed next steps and possibilities for making transit equitable, accessible, and abundant in Louisiana. 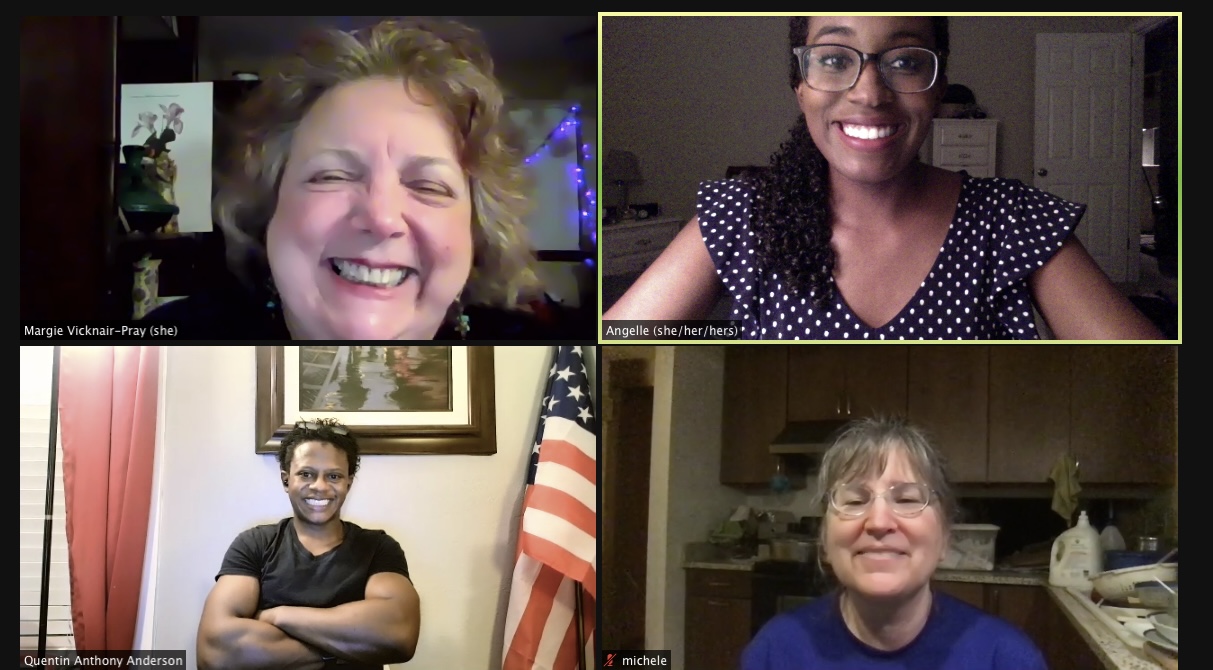 “To the sounds of Marvin Gaye, Bobby Charles Guidry, and Fats Domino, we began an evening of excitement and discussion around the future of equitable transit. We finally are talking about the economy and Louisiana we want, and that feels really good!” – Angelle Bradford, Grassroots Network Team Lead and Delta Chapter Executive Committee Member-at-Large

In Tennessee, the Sierra Club Chickasaw Group teamed up with the Memphis Interfaith Coalition for Action and Hope (MICAH) to host its own virtual public hearing. Over a hundred people, including bus riders, business leaders, and elected officials, hopped on to discuss the city’s transit vision plan. After the event officially ended, almost 50 people remained for another 20 minutes to describe their experiences of relying on transit to get to work or school, and showing support for additional funding.

The Connecticut Chapter had almost 100 people attend its virtual event, which brought together labor and racial justice leaders and state representatives to talk about access to transit, transportation-related pollution, and worker protections.

Veronica Chavers, President and Business Agent of Amalgamated Transit Union Local 443, led a moment of silence for the 125 ATU workers who lost their lives during the pandemic. “Please do not forget about the bus operators, or the cleaners, or the maintenance workers. We are the ones who move Connecticut.”

“From Rosa Parks’ 1955 refusal to the present, the fight for transit equity hinges on the powerful few being pressured to value the rights and needs of all. From equal opportunity seating to equal access to unrestricted transit powered by clean energy … the fight continues,” said Dorthula Green, the founder of Rosa Parks Legacy and President of the National Council of Negro Women – New Haven.

The Montgomery bus boycott is remembered today as a landmark in this country’s journey toward racial justice. Of course, we know that journey is still far from finished. Ensuring equitable access to public transportation—especially for the Black people and other people of color who are most reliant on it—is an important part of that journey.

And everyone benefits from increasing access to public transportation, and the resulting reduction in traffic, congestion, and pollution. For all of us, public transit, which is increasingly electrified, is one of the easiest and fastest ways to replace unhealthy, climate-disrupting fossil fuels with clean, renewable energy. Ultimately, we need to treat transit as essential infrastructure—just like roads, bridges, tunnels and utilities—that indispensable for our economic, social, and environmental well-being.

The work to push legislators and transit agencies to fund transit, protect routes, and keep workers safe continues beyond any one day or month. It’s a 365-day-a-year event.