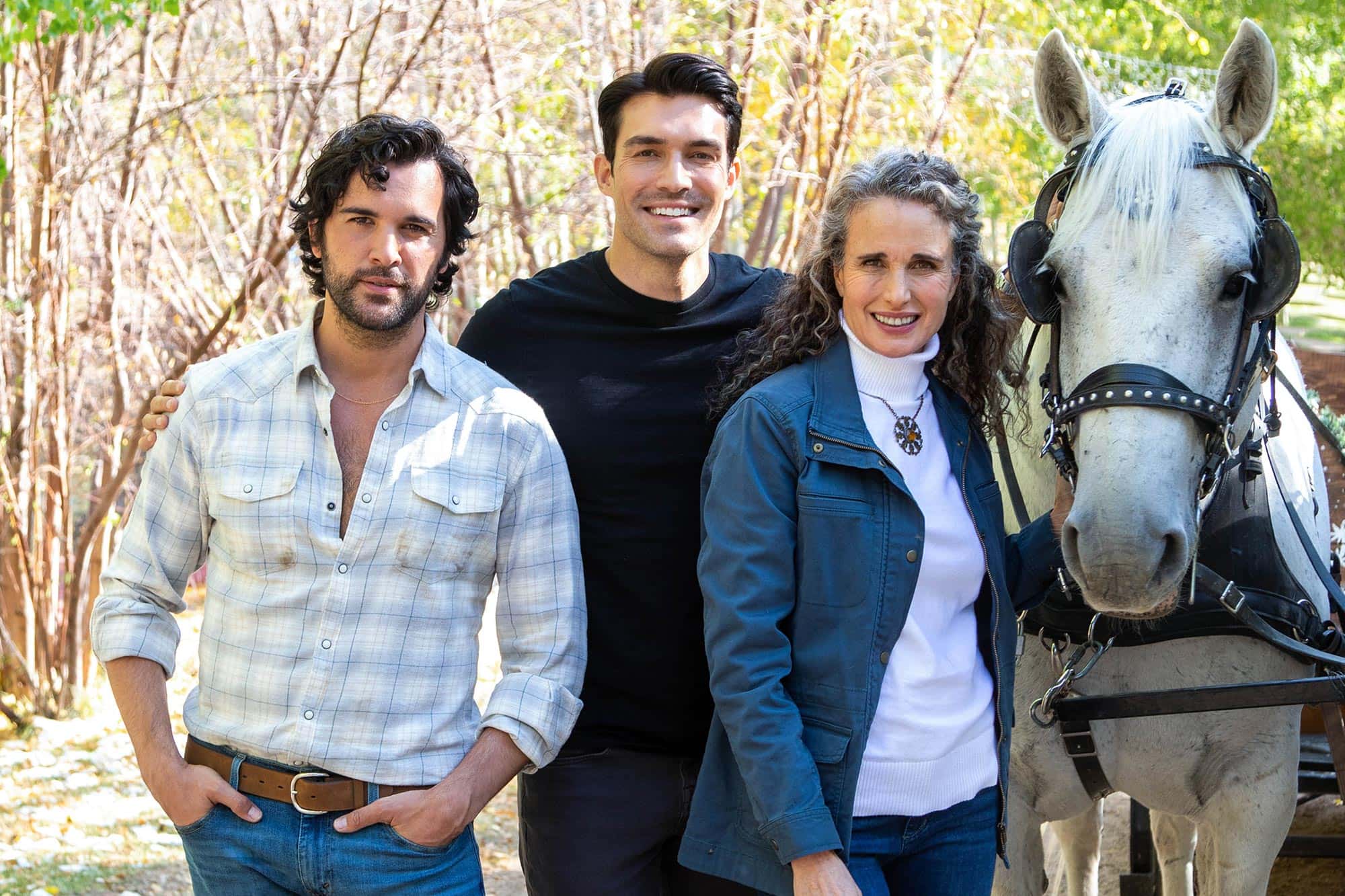 ‘Tis the season for LGBTQ-themed holiday films. With Lifetime and Hallmark set to make gay history with their offerings this festive season, Paramount Network is also jumping onboard with its own gay Christmas rom-com, Dashing in December.

Offering everything you could want in a holiday film — including attractive leads, fake snow covering every surface, and Michael Bublé singing “Cold December Night” — it features the ever-popular plot of a big city professional heading home for the holidays and falling in love.

New York City financier Wyatt (Peter Porte, The Young and the Restless) returns to his rural hometown to try and get his mother Deb (Andy MacDowell) to sell the family’s ranch and its Winter Wonderland business.

Instead, he meets — and, predictably, falls for — handsome ranch hand Heath (Juan Pablo Di Pace, Dallas, Mamma Mia!), with the trailer showing scenes of the pair exchanging glances, engaging in awkward conversation, and running into one another half-naked in the bathroom.

Produced by MTV Studios, Dashing in December will air on Paramount Network on Sunday, Dec. 13, and will be simulcast on Logo, Pop, and TV Land.

Watch the trailer below:

Mean Girls star Jonathan Bennett stars as Brandon, one half of a gay couple with husband Jake, played by Brad Harder, who head home for the holidays while awaiting news about the adoption of their first child.

On Dec. 12, Lifetime gets in on the festive LGBTQ fun with The Christmas Setup, its first-ever LGBTQ-centered holiday film, which also stars real-life husbands Blake Lee (Parks and Recreation) and Ben Lewis (Arrow).

According to Lifetime, the movie’s plot will center around Hugo (Lewis), a New York corporate lawyer, who heads back home to Milwaukee to spend time with his meddlesome matchmaking mom, Kate — who, in a dream bit of casting, will be played by The Nanny‘s Fran Drescher.

Kate arranges for Hugo to run into Patrick (Lee), his high school friend and secret crush, who has recently returned to the Midwest after working in Silicon Valley for years.

Both Hallmark and Lifetime have previously been criticized for a lack of LGBTQ representation in their annual holiday line-ups.

Hallmark Channel has also received criticism from right-wing groups such as the American Family Association’s “One Million Moms” project, which famously called for a boycott after the channel aired a commercial from the online wedding registry Zola featuring a lesbian couple.