West highlighted accomplishments made during a challenging 2020, including a record tax collection rate of 97.54%, no change in the A1 Moody’s rating, zero audit findings, and the sale of city property totaling $12 million.

Our newsletter delivers the local news that you can trust.

You have successfully signed up for the TAPinto Plainfield Newsletter.

Mayor Adrian O. Mapp said, “As all of you know, it’s been a very challenging year, and the administration, with your support, has done a great deal to make sure that we keep the city afloat, moving forward, and providing services for our residents.

The mayor charged the administration with making sure they “look deep, look hard, and do the absolute best possible” with the budget.

There must be a public hearing, the mayor said, not less than 28 days from the date of the introduction, and it will take place on April 29. 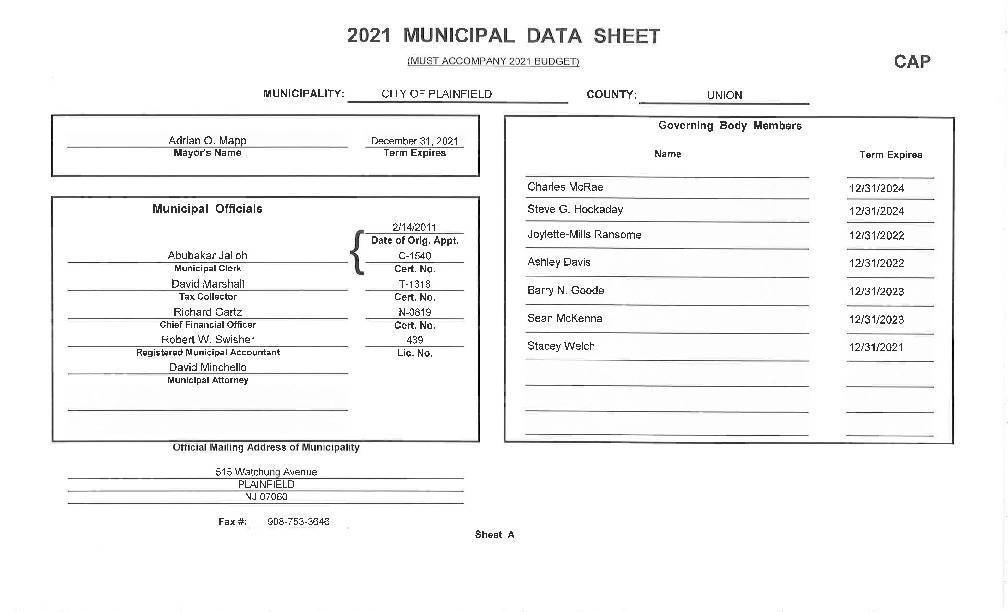 The second resolution appointed residents to the 2021 Citizens’ Budget Advisory Committee to participate in the decision-making process related to the city budget.

The CBAC will be made up of the following citizens, with the council members who nominated them noted:

Have an idea for a story? Looking to advertise? Email [email protected]