MILWAUKEE (CBS 58) — Dozens of people gathered near North and Holton in Milwaukee to remember a man they’ve never met.

Milwaukee Artists for Racial Justice held a celebration at the George Floyd mural Wednesday night, Oct. 14, on what would have been his 47th birthday.

Those who organized the event say it was important for them to incorporate music and the arts to honor Floyd.

“Those things are universal languages and we all respond at some point in time the same way to good music, to music that make us think, art that make us remember and words that help us to heal,” said Robert Agnew, co-founder of Milwaukee Artists for Racial Justice. “And in this moment, that’s what we need.”

Floyd’s death at the hands of Minneapolis police back in May has sparked a nationwide call for racial justice.

Wednesday night’s event was capped off with a candlelight vigil to honor Floyd.

MILWAUKEE (CBS 58) — People in Milwaukee will remember George Floyd today who died after being arrested in Minneapolis.

Milwaukee Artists for Racial Justice and friends will hold an art event on Holton Avenue in Milwaukee on Wednesday, Oct. 14.

There will be tribute speakers, drummers, musical artists, and an art installation. There will be a candlelight light tribute at 8:46 p.m.

Floyd would have turned 47-years-old today. His family is using his memory to send an important message in Houston, Texas. To commemorate the day, a new mural was unveiled featuring Floyd and the words “Go Vote”.

Floyd was from Houston but was killed in Minneapolis during an arrest by Officer Derek Chauvin.

For Floyd’s siblings, this mural was about more than a memory on a wall, saying it is a call to action. His family says the best way to honor his birthday week is to vote.

The reminder to vote comes as the federal George Floyd Act legislation remains stalled in the senate.

Early voting has already started in Texas and Floyd’s brother says seeing a historic turnout will let the family know, Floyd’s legacy is to be the change. 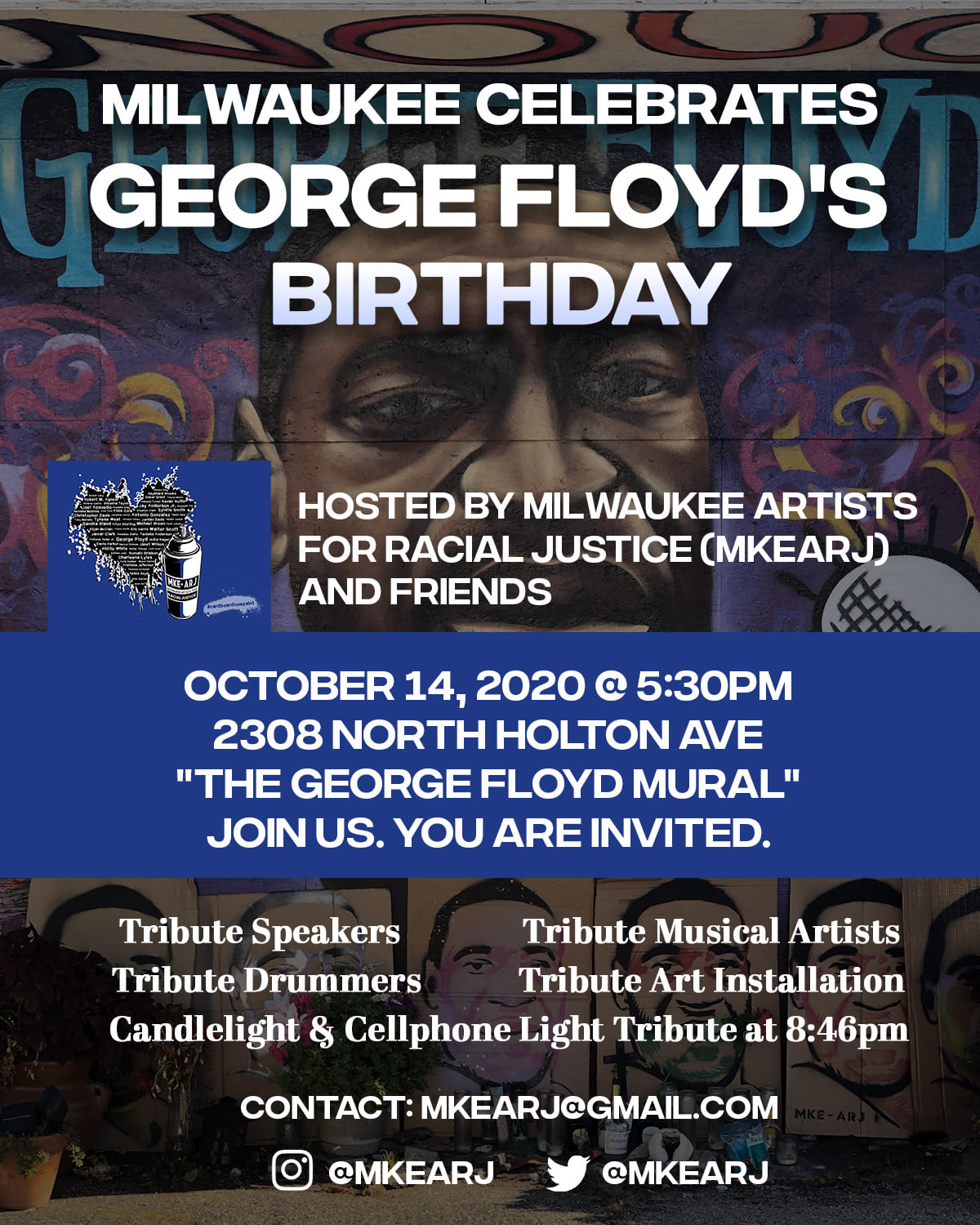