Major U.S. hotel companies lost hundreds of millions of dollars in the spring as they gradually reopened hotels this summer to low demand, and their leaders expect there could be a long road back to profitability. 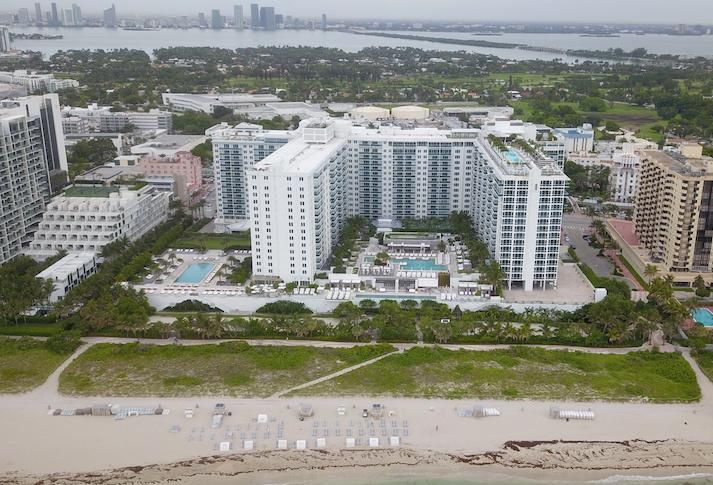 The 1 Hotel South Beach at 2341 Collins Ave. in Miami Beach

The hotel industry, by job losses and debt defaults, has been the hardest hit by the pandemic. The biggest owners and operators of hotels have revealed a host of new financial information over the last two weeks as companies release their earnings reports for the second quarter, which includes the nadir of pandemic-related shutdowns.

In addition to the data from April through June, which shows billions of dollars in losses for hotel REITs and brand giants, the companies have shined a light on a discouraging trend that materialized in July.

A spike in COVID-19 cases across the country caused hotel demand to flatten in July after it experienced positive momentum in previous months, multiple CEOs said.

This trend was especially bad in South Florida, where local governments closed beaches after a surge in cases, Host Hotels & Resorts CEO James Risoleo said on his firm’s earnings call. He said the company had expected July occupancy to reach the 70% range at some of its Florida hotels, including the 1 Hotel South Beach, but it ended up running around 20%.

“The bad news is there was a surge in cases, and there’s nothing we can do about that,” Risoleo said. “We think if we hadn’t seen the surge in cases in Florida that we would have done better than we did at those properties.”

Host Hotels, the largest lodging REIT, reported a net loss of $356M during the second quarter. The REIT estimated its monthly cash burn will remain between $100M and $110M throughout the second half of 2020. 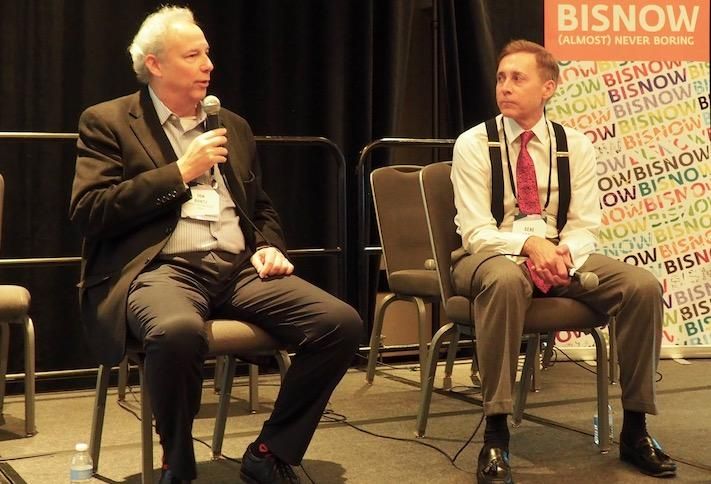 Pebblebrook Hotel Trust, another major lodging REIT, reported a Q2 net loss of $131M and its monthly cash burn is running between $19M and $24M. CEO Jon Bortz said hotel demand bottomed out in mid-April and then gradually increased over the next two months, but he also saw a flattening of demand growth in July that he attributed to the rise in cases.

“We do not anticipate any substantial improvement in business travel or travel in total over the course of the rest of the year,” Bortz said on the REIT’s earnings call. “We think it’s unrealistic to expect at this point, given the resurgence in cases, in deaths, in hospitalizations, particularly as compared to other places around the world. We’ve not gotten control of the virus.”

The performance of hotel REITs varied based on how heavily their portfolios were concentrated in major cities with large hotels dependent on conferences.

Robert W. Baird Senior Research Analyst Michael Bellisario, who covers the hotel sector, said the REITs that underperformed were ones with big-box hotels in major cities that are reliant on group business, such as Host Hotels, Park Hotels & Resorts and Sunstone Hotel Investors.

“The bigger the hotel, the more challenging it is to get open because you’re just that much more dependent on groups,” Bellisario said. “Large groups aren’t materializing, and I think people are starting to realize it’s probably not going to happen this year.”

The hotel REITs that outperformed the overall sector were ones with a geographically diverse portfolio of select-service hotels in smaller markets, Bellisario said, such as Apple Hospitality REIT. 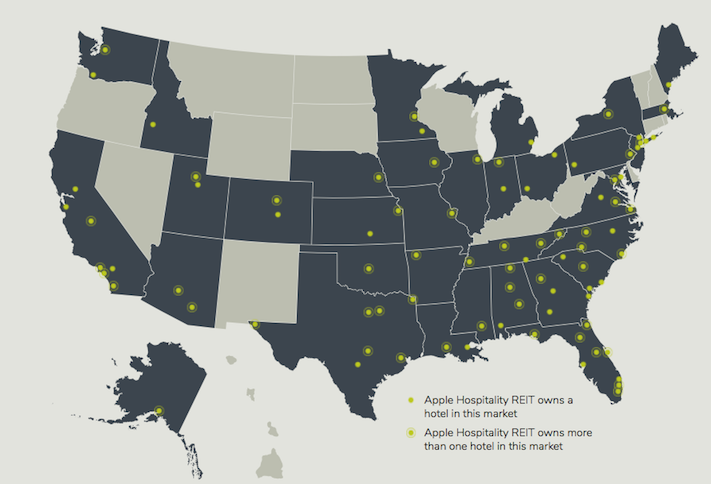 A map of Apple Hospitality REIT’s portfolio, which is spread across many smaller markets and has outperformed the overall sector.

“Most people thought Apple would be one of the best performers given their select-service exposure in secondary and tertiary markets, but across the board it was better than expected,” Bellisario said. “It’s about not having urban, union, big-box hotels that have very difficult and challenging cost structures to flex.”

Hotel REITs have tried to reduce their cash burn by minimizing costs at their operating hotels with reduced staffing and other changes.

“All open hotels continue to operate under aggressive cost-containment plans, including significantly reduced staffing, elimination of nonessential amenities and services, and the closure of several floors and most food and beverage outlets,” RLJ Lodging Trust said in its earnings report, released Thursday evening. 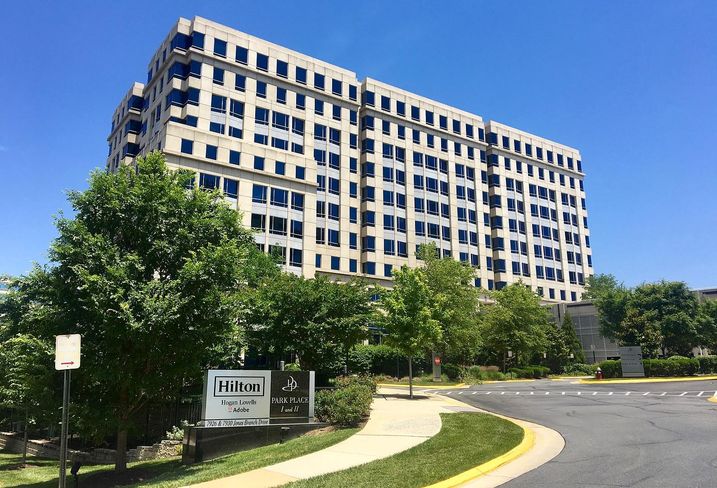 Hilton Worldwide Holdings’ headquarters in the Washington, D.C., suburb of Tysons, Va., as of 2017

Global hotel brand companies, such as Marriott International, Hilton Worldwide and Hyatt Hotels Corp., operate under a different business model than the REITs as they receive fees for the use of their brands but largely do not own hotels. This has helped them weather the storm, Bellisario said, but they still face significant challenges.

“Their asset-light business is a better business,” Bellisario said. “Cash flows weren’t great, but I think the most important thing for the brands is they’ve bolstered their balance sheets significantly with bond deals and credit card point sales, and they have more than enough liquidity to withstand current trends for a long time.”

Hyatt reported a net loss of $236M and had $1.4B of cash on hand. Bellisario, in a report he wrote on the company, said Hyatt’s revenue per available room — the industry’s leading performance metric — was lower than his expectations. Its Q2 RevPAR was down 89.4% from the prior year, and its July RevPAR was down 76%.

“Our reported systemwide RevPAR declines are impacted both by the inclusion of closed hotels in the calculation and by our chain scale composition, which includes significant exposure to upper-upscale and luxury properties in the top 25 markets in the U.S. that have been weaker than other market tracks over the past several months,” Hyatt Chief Financial Officer Joan Bottarini said on the firm’s Wednesday earnings call.

“As we look to the fall, assuming no significant disruptions to the current environment, we hope to see a continuation of the modest pickup in business transient demand, which would help offset slower leisure demand post-summer,” Hilton CEO Chris Nassetta said on its Thursday earnings call. “However, we remain cautious given the uncertainty surrounding the virus and its overall impact, including the reopening of schools and offices.”