The announcement by Sportsman’s Warehouse Holdings (NASDAQ:SPWH) that it has agreed to be acquired by the privately-held owner of Bass Pro Shops and Cabela’s should have investors taking a new, closer look at the sporting goods industry.

The coronavirus pandemic changed the dynamic in the space, and as strong as Dick’s Sporting Goods (NYSE:DKS) has been in responding to the evolving needs of the market, American Outdoor Brands (NASDAQ:AOUT) may have just become the better buy. 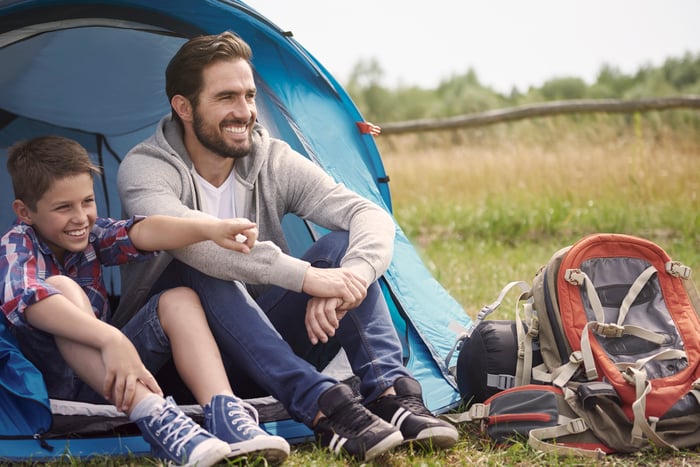 American Outdoor Brands is not to be confused with Great American Outdoors Group, which is buying Sportsman’s Warehouse for $18 a share, a 42% premium from where the outdoor retailer’s stock closed before the announcement.

American Outdoor Brands was spun off from firearms maker Smith & Wesson Brands (NASDAQ:SWBI) this past August. With about half the market valuation of Sportsman’s Warehouse and a fifth of its sales, American Outdoor was tasked with making a mark in the $35 billion rugged-outdoors industry. While Smith & Wesson likely made a mistake by diversifying into the space in the first place, the decision to spin it off and become a pure-play gun stock again was smart.

That still meant American Outdoor faced some high hurdles to break into the industry. Although it possesses some well-known and respected brands in its portfolio, it’s obviously a bit player (and a relative new one at that) taking on some industry stalwarts. The pandemic, however, has changed the equation.

Because one of the few activities open to people during the lockdowns was physical outdoor recreation, American Outdoor was given a big kick-start as an independent company.

Sales in its fiscal 2021 second quarter surged 65% from the prior year as e-commerce sales tripled, allowing gross margins to widen by 690 basis points.

Dick’s Sporting Goods, which is orders of magnitude larger than American Outdoor, saw sales rise 23% on a 95% increase in online sales. That doesn’t necessarily make Dick’s performance worse, since it’s harder for a significantly larger company to post dramatic growth rates. But it also highlights the opportunities that will be missed after Dick’s decision to abandon a core market that has been ascendant, especially this year.

The choice Dick’s made to largely exit the firearms and hunting business did bolster its bottom line after an initial period of turmoil, but that’s the segment of the rugged outdoors that’s been exploding in popularity.

The National Shooting Sports Foundation says some 7.7 million gun owners were created this year as background checks by the FBI on potential gun buyers soared to record highs in 2020. Over 19.1 million checks have been run by the National Instant Criminal Background Check System, far more than the previous record of 15.7 million in 2016.

American Outdoor’s CEO said in announcing its earnings, “We believe we’re witnessing a new foundational level of consumer participation in outdoor activities, an interest toward personal protection, and an interest in adjacent home-based hobbies that surround outdoor adventure, creating meaningful, long-term growth potential for our business well beyond 2020.”

It’s not just guns that drive sales, but the gear that goes with them, such as camping, hunting, and fishing equipment, as they are all very much intertwined. American Outdoor cited statistics showing 50% of campers went camping for the first time in 2020. It also pointed to numbers showing there could be 1 million more hunters this year than last, and the millions of new gun owners who joined the sport.

Dick’s lost many of those customers for good, and they’re finding new homes since.

Sportsman’s Warehouse was a destination for many of them as it saw a 59% jump in sales on a 41% increase in same-store sales, led primarily by the hunting and shooting category. No doubt its new family also saw big gains as Bass Pro Shops and Cabela’s are leading names catering to that segment of the market.

Now American Outdoor Brands has a chance to capitalize on consumers’ new attachment to the great outdoors. As a smaller, more agile company, it can enjoy greater, faster growth than Dick’s Sporting Goods.

Dick’s is still a good investment, but its focus is now in areas like home fitness, which got a boost from the pandemic but is also highly competitive with many players. Dick’s might not be the standout it otherwise might have been.

So in a choice between American Outdoor Brands and Dick’s Sporting Goods, I think the acquisition of Sportsman’s Warehouse shows the rugged-outdoors player is the hot ticket now.