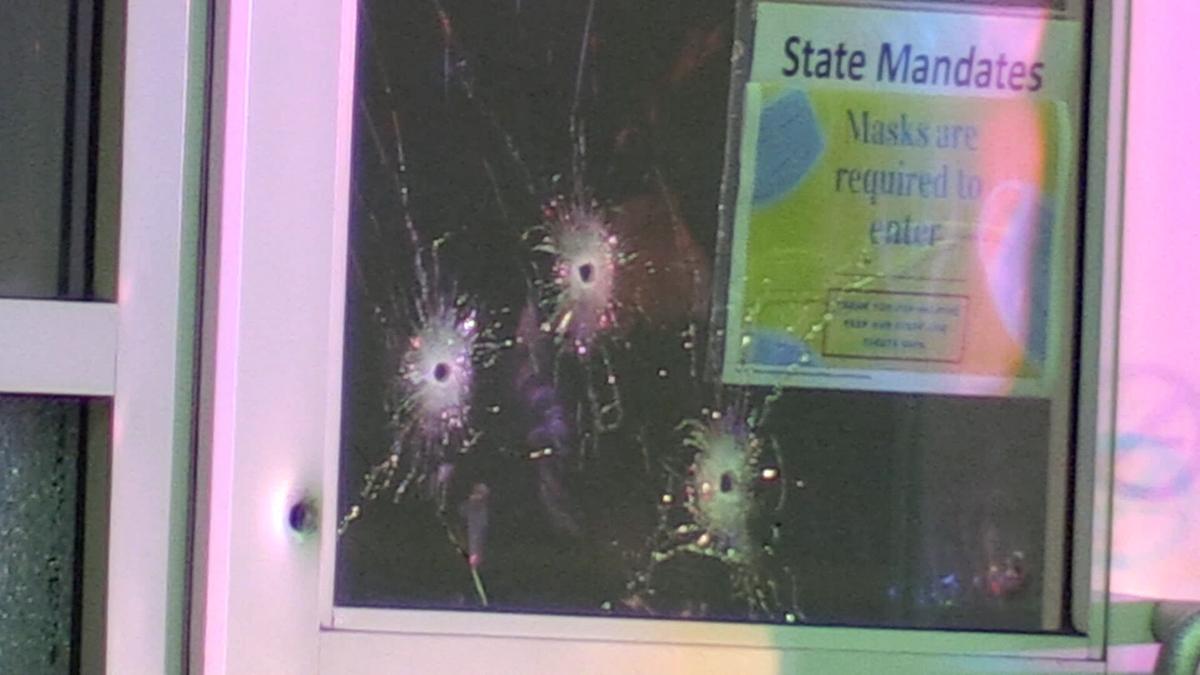 Bullet holes can be seen in a door at a Ramada Inn in the 4100 block of Calumet Avenue in Hammond after a shooting early Aug. 9. 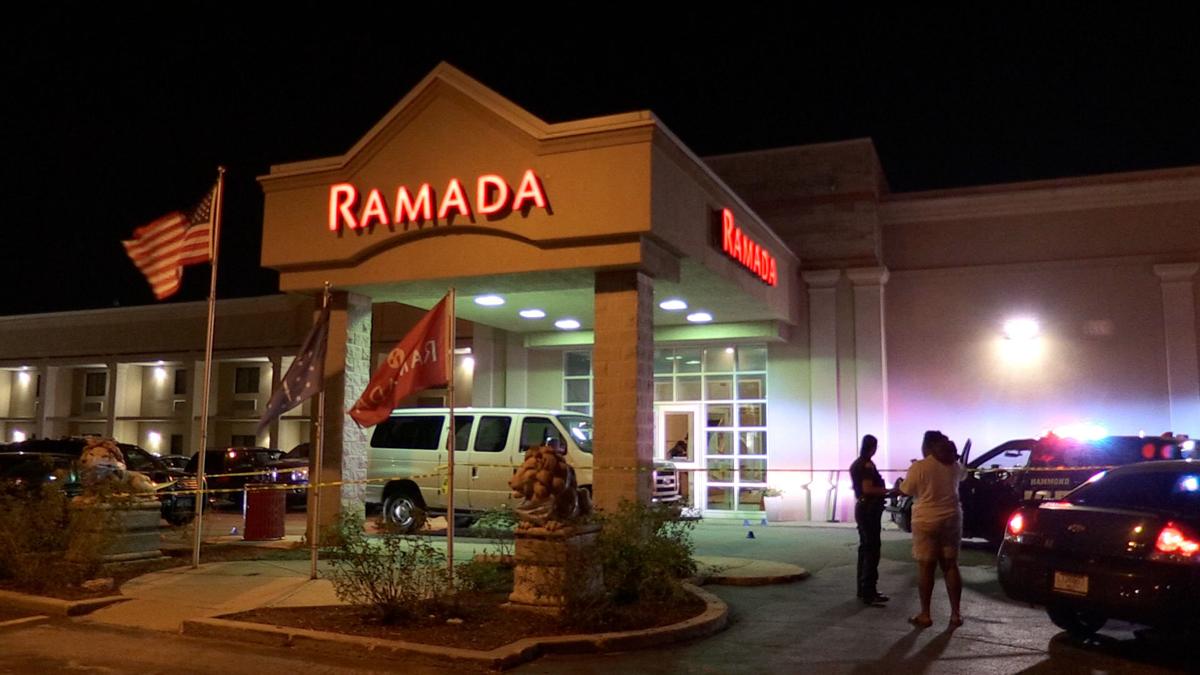 Police investigation Aug. 9 after a shooting at the Ramada Inn in the 4100 block of Calumet Avenue in Hammond.

CROWN POINT — A recent shooting at a Hammond Ramada Inn stemmed from a disagreement between men attending a birthday party at the hotel, court records state.

Rafael J. Sanchez, 23, of Hammond, and Raymond A. Johnson II, 23, of East Chicago, each was wanted Tuesday on six felony counts, including attempted murder, intimidation and criminal recklessness.

Witnesses told police they were at the birthday party when a man arrived with Johnson. The man argued with one of the other partygoers and left, record state.

A short time later, the man returned with Sanchez, and Sanchez pointed a gun at the head of the partygoer who had been involved in the earlier argument, records allege.

The partygoer — a cousin of three brothers at the party — grabbed the gun and pushed it down, and he and others ran outside the hotel, according to documents.

Witnesses told police they were met outside by Johnson, Sanchez, the man involved in the earlier argument and a fourth person.